This is an updated version of an earlier article titled Potted Plants Ease Indoor Air Pollution. 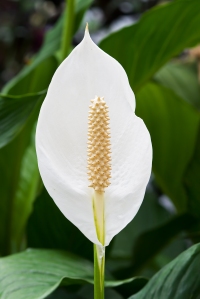 Eliminating indoor air pollution can be as simple as dotting your house or office with potted plants, according to research stretching back as far as the space program of the 1980s.

It’s a widely held misconception that staying indoors avoids exposure to air pollutants. Indoor air quality, in fact, is usually worse because contaminants that emanate from a vast assortment of consumer products add to the pollution that drifts in from the outside.

Given that urban dwellers pass 90% of their time inside, any strategy to improve indoor air quality is of widespread interest, especially one as appealing and environmentally sustainable as adding potted plants to the décor.