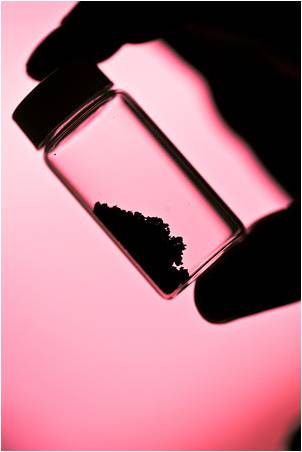 For the nine in ten Americans who know next to nothing about nanotechnology (NT), there is little time to waste in getting up to speed because, ready or not, the ‘NT revolution’ is well underway with new nano-engineered consumer products entering the market weekly.

Another reason, as voiced by consumer protection, health, and environmental organizations, is that NT products are being sold without adequate safety testing and government oversight.

The actual number of NT products in commerce is unknown because there is no labeling or reporting requirement.  However, over 800 have been tabulated by the Project on Emerging Nanotechnologies (PEN), an online inventory of manufacturer-identified NT goods funded by the Pew Charitable Trusts.  In 2007, at least $147 billion in global manufactured goods incorporated NT, encompassing such varied products as cosmetics, clothing, food, food packaging, and dietary supplements.  PEN estimates that figure will reach $2.6 trillion by 2014.

Nano-technophiles expect NT to revolutionize how humans live on a scale par with that brought forth by the Industrial Revolution.  A little background explains why such a claim might be valid and how NT could be a wellspring of enormous benefit to society while simultaneously posing serious risks to human health and the environment.

‘Nano’ derives from the Greek word meaning dwarf, and a nanometer is one billionth of a meter.  PEN defines NT as “the art and science of manipulating matter at the nanoscale (down to 1/100,000 the width of a human hair) to create new and unique materials and products.”  NT deals with particles reduced in size to roughly between one and 100 nanometers, below the resolution of conventional microscopes.

The fact that the diameter of DNA is about two nanometers illustrates how remarkably small is the scale on which this technology operates.

NT takes place at the nexus of the sciences of chemistry, physics, and biology and draws on sophisticated tools like atomic force microscopy, chemical vapor deposition and programmed biological construction to achieve precision at the atomic level.

Nanotech advantages: Excitement about NT derives from the fact that reducing the packet size of matter can unleash new properties not inherent to the same substance encountered in ordinary quantities.

InnovaLight, a Silicon Valley-based company, claims to have enhanced absorption efficiency in the red and infrared zones by tweaking the size of 2-10 nm silicon ‘dots.’  Moreover, the dots can be incorporated into a liquid ‘ink,’ allowing their deposition as a thin film for solar roofing or even onto flexible surfaces, like clothing, for charging up portable electronics.

NT can also imbue matter with novel characteristics by altering internal structure.  In nature, pure carbon takes the form of graphite (lead pencils) or diamond.  By rearranging carbon atoms into nanoscale cylinders dubbed ‘nanotubes,’ new materials result that are many times stronger than steel, at a fraction of the weight, while also exhibiting exceptional electrical and thermal properties.  Light-weight carbon nanotube bicycles and tennis rackets are already offered to consumers, and widespread applications in industries like electronics and aerospace are forecasted.

Nanotech concerns: However, novel risks emerge too when matter is manipulated on such an extreme scale.

Take nanosilver, for example.  It is well-established that silver is toxic to bacteria and aquatic plants and animals, although the risk to humans and other mammals is thought to be low.  In general, as particle size is reduced, the surface area available for delivering toxic effects increases.  Because nano-sizing silver enhances its toxicity to bacteria, nanosilver has been embedded in hundreds of consumer goods including athletic socks, plush baby toys, skin care products, medical devices, health supplement drinks, and food storage containers.

As pointed out by aquatic environmental pollutant expert Samuel N. Luoma in a report released through PEN last September, widespread incorporation of nanosilver particles into consumer products could exact a serious toll on aquatic life because of parallel release into the environment.  Beneficial bacteria in nature could also be killed off with unknown consequences.  What’s more, there seems little hope at present of cleaning up nanosilver pollution once it has entered the environment.

Luoma also emphasizes that the dimension of nanosilver could foster its uptake into human cells.  This parallels widespread concern among scientists that the very size of nanoparticles will modify where in the human body exposure will occur.

For example, dust particles that would normally deposit in the lung might, when shrunk to nanoscale, lodge instead in vital organs.  Published studies have already shown that nanoparticles introduced into the nose can travel up the olfactory nerve into the brain and that nanoparticles can translocate from the lungs to the bloodstream.

Shape is also a factor in determining nanoparticle toxicity.  The needle-like shape of longer carbon nanotubes is reminiscent of asbestos fibers known to cause mesothelioma, a cancer of the mesothelial lining of the lungs.  Researchers at the National Institute for Occupational Safety and Health (NIOSH) made news last May in reporting that exposing the mesothelial lining of the abdominal cavity in mice to long carbon nanotubes produced the same abnormal tissue changes as asbestos does in the lungs.  Shorter or curly carbon nanotubes, on the other hand, did not.

Further complicating the issue of safety is the fact that the fates of nanoparticles in various ecosystems, like aquatic and soil, and in the food web are unknown.

Is Anyone Watching the Hen House?

Because federal law classifies nanoscale materials as chemical substances, the same health safety regulations apply to them as currently govern conventional chemicals under either the Toxic Substances Control Act (TSCA) of 1976 or, for nano-engineered foods, food additives, cosmetics, and medicines, FDA rules set in 1958.  Policy expert Colin Finan at PEN admits that neither TSCA nor the FDA, as currently applied, are up to the task of handling risks posed by NT.

In general, TSCA’s job is to provide data on chemical safety risks and to insure that the Environmental Protection Agency (EPA) has the regulatory muscle needed to protect the public and the environment.

Even before the advent of NT, TSCA had been widely criticized because it effectively places the burden on the EPA of proving a substance is risky before industry is forced to provide chemical safety testing data well after the substance was commercialized.

The very nature of nano-engineered products amplifies the difficulty in ensuring their safety under TSCA.  As outlined in a clarification issued by the EPA in January, 2008 of how TSCA is being applied to nanoscale materials, TSCA relies on molecular identity to determine if a substance is considered new or not.  That particle size is explicitly not a factor means that even if a substance’s chemical or physical properties change substantially when it is reduced to nanoscale, it is not recognized as a new substance.

Evidence of the EPA’s impotency vis-à-vis NT materials surfaced after the debut of the Nanoscale Materials Stewardship Program under TSCA in January, 2008.  Under this voluntary plan, industry is invited to submit available data on any nanoscale materials in use.  Without incentive to participate, the response has been weak – only 29 companies, covering 123 nanoscale materials, had taken part as of December 8, 2008.

TSCA’s approach to chemical regulation stands in stark contrast to a more precautionary one taken root in the European Union that shifts to industry the burden of proving ahead of time the safety of products headed for commerce.

Growing support at home for a similar precautionary model prompted the U.S. House of Representatives in February, 2009 to begin hearings to revamp TSCA rules governing chemical safety.  Whether special provisions will be considered to address risks posed by nano-engineered chemicals remain to be seen.

Weak FDA oversight: The FDA is also the object of harsh criticism for lacking a sufficiently precautionary approach to the oversight of food and drug safety, especially since the recent outbreaks of salmonella-tainted peanuts and pistachios.  Antiquated legislation even prevents the FDA from mandating a product recall once such a problem has been identified.

Although President Obama and members of Congress are among the chorus recently calling for more proactive food safety laws, the prospect of nano-engineered materials in foods, food additives, cosmetics, and drugs adds substantially to the difficulties the FDA faces in protecting the public.  For example, how should the FDA address the possibility that nanoparticles introduced into food-related products might have undesirable interactions with other components of the food matrix or with the body’s tissues?

So far, very few foods and no drugs are known to incorporate NT, although major food and pharmaceutical companies are doing research into the possibility, according to Colin Finan at PEN.  However, dozens of NT cosmetics and dietary supplements are already being sold to consumers.

As yet, the FDA has issued no new guidelines for addressing any nano-derived products and, absent such guidelines, admits on its website that it can expect to have limited regulatory authority over NT products falling into categories like cosmetics and dietary supplements where there is no premarket approval of products or their ingredients.  The seven years it took the FDA to halt the sale in 2004 of ephedra-containing energy supplements, because of risk of heart attack and stroke, stands as a sobering example.

Food additives, however, are subject to premarket FDA approval unless, as established in the Food Additives Amendment of 1958, a substance is already “generally recognized as safe” (GRAS) based on a safe track record in food applications and the opinion of scientists.  The FDA does not make its own safety evaluation, however, relying primarily on industry’s determination of whether a substance meets the GRAS standard.  Without specific FDA guidelines targeting nano-food additives, the system “opens the door to independent decision making by technology providers and food companies to market truly new food technologies without a pre-market safety evaluation and approval by FDA,” as stated last September by recognized food safety regulations expert Michael R. Taylor during a public FDA hearing on food-related applications of NT in Rockville, Maryland.

California: In California, regulatory action is also lagging behind the release of NT goods onto the market.  The state’s Department of Toxic Substances Control just sent out letters in January to manufacturers and importers of carbon nanotubes within the state, requesting information about the fate in the environment of their products and other relevant safety information.  On February 29, Assemblymember Mike Feuer, representing the 42nd District, introduced legislation encompassing NT toxicity issues including worker exposure, environmental release, and product labeling (AB 935).

Harking back to the damage to human health and the environment wrought by PCBs, DDT and dieldrin because of inadequate governmental protections, the International Center for Technology Assessment and a coalition of consumer, health, and environmental organizations filed the first legal challenge to the federal government’s regulatory stance on nano-materials last May.  Their petition to the EPA demands that the agency remove nanosilver products from the market and regulate them as pesticides based on their bacteria-killing properties.

All parties witness to the unfolding of the NT revolution are wise to be mindful that the Industrial Revolution produced smog, overpopulation and global warming along with the automobile, indoor plumbing and the electric light bulb.  There seems little doubt that NT holds the potential for fantastical improvements in human existence, as in odorless socks, tastier foods and better medicines.  Yet, it would be the height of folly to disregard the hard knocks lessons learned from leaded gas, thalidomide, DDT and the like, lest hopes for a titillating future are dashed by a brazen mad dash into 21st century technology without insuring pragmatic safeguards are in place first.

NT is one genie that, once out of the bottle, cannot easily be put back.

This entry was posted on Wednesday, April 1st, 2009 at 12:00 am and is filed under California, health, politics, pollution, science, sustainable living, toxics, wildlife. You can follow any responses to this entry through the RSS 2.0 feed. You can leave a response, or trackback from your own site.

One Response to Risky Nanotechnology

This site uses Akismet to reduce spam. Learn how your comment data is processed.